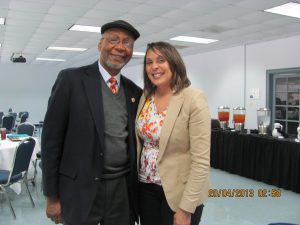 professor emeritus of anthropology at the University of Tennessee, Knoxville (UTK), passed away on April 27, 2020. He leaves an extraordinary legacy of advocacy, scholarship, and service in the community.

Born in Coatesville, Pennsylvania, on June 1, 1933, Harrison grew up in Syracuse, New York. His parents, both social workers in Syracuse communities, were influential in his direction of solving social problems and engaging in activism. He earned a BA at Morehouse College in Atlanta, Georgia (1951–1955), majoring in sociology, with minors in psychology, English, and the humanities. He served in the US Army as a medical aidman in Colorado and Germany (1956–1957). After returning to Atlanta University, in 1959 Harrison earned an MA in sociology and anthropology. In 1967, he earned a PhD in anthropology/sociology and metropolitan area studies from Syracuse University’s Maxwell School. He is also a 1971 graduate of Johns Hopkins University’s School of Hygiene and Public Health with a master’s degree in public health.

His life’s work covered a wide range of research: migrant farm workers, religion, African Americans and race relations, medical and applied anthropology, public health, and Africa, particularly south of the Sahara. His first publication, The Storefront as a Revitalization Movement (1964), examined black storefront churches. Harrison authored and co-authored several books, articles, chapters, and reports on public health, including Observations in a Black Neighborhood Clinic: A Progress Report (1969), which helped pave the way for the US Office of Economic Opportunity to fund neighborhood health centers, Traditional Medicine (1976) coauthored with Sheila Cosminsky, The Agricultural Migratory Farm Labor System as an Adaptive Mechanism for Afro-Americans (1978), Ethnicity and the Health Belief Systems (1994) coauthored with L. Jack and Collins Airhihenbuwa, and Traditional Medicine in Africa (1993) coauthored with Collins Airhihenbuwa. 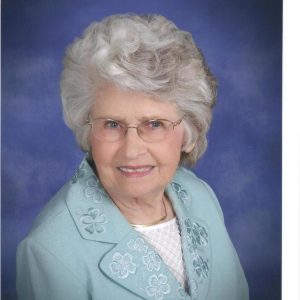 Ethelene Dyer Jones served as GPS President from 1990-1992, was our Newsletter Editor for several years and was very active in GPS affairs.  From the obituary posted to the funeral home website:

Ethelene was born in Choestoe, GA on May 13, 1930 to the late Jewel Marion Dyer and the late Azie Collins Dyer. In addition to her parents, she was also preceded in death by her husband, Rev. Grover Duffie Jones, and by her son, Rev. Keith Jones. Having been a native of Union County, Ethelene began teaching in a one room school in Choestoe, GA. She retired from the Fannin County School System as a media specialist, and had written weekly articles for the News Observer in Blue Ridge, GA. Being a pastor’s wife, she served with her husband all over Georgia for 32 years. She was a member at First Baptist Church in Milledgeville.” 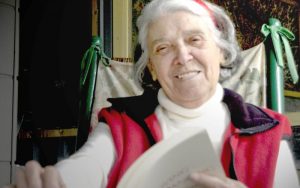 Mildred White Greear left this world on September 25, 2021, after a long, eventful, and creative life. Born on October 19, 1920, she spent her childhood in Laurel, Mississippi. She lost her mother and father when she was 16 years old. Mildred was the last of her generation in the Greear family and the last of her generation in her natural family. She was predeceased by her husband, Philip F-C Greear and her siblings Lindsey White, Elise W. Cleveland, Marion White, and Tom White. She lost her daughter Missy G. Dillon in 1997. She is survived by four children: Carol Britt G. Backus (Bob), Delbert P. T. Greear (Nancy), Margaret G. Oren (Tom) and Teressa G. Holtzclaw (Bill) and honorary daughters, Kelly Byron, Kelly Jarrels and Lindsey Messmore. Along with her children she is survived by numerous and much-loved nieces and nephews on both the White and Greear sides of her family, a slew of grandchildren (11), and a whole kaboodle of great-grandchildren (15). Despite the losses she suffered in childhood, she was the first in her family to attend college. After graduating from the University of Mississippi she began her teaching career, a profession for which she had a natural, life-long calling. In 1943, in Gulfport Mississippi, she met and married Philip Greear, an Air Force Officer. Mildred taught in the White County Schools and later in the Floyd County Schools having great impact as a teacher.

Mildred deeply loved her adopted state of Georgia, and was known for her extraordinary energy and devotion to many causes including education (to her all children were gifted), equality of opportunity, and racial harmony. She was a founding member of the Rome Council on Human Relations. She worked to protect the environment, especially the Georgia Barrier Islands. She and her husband Philip helped found the Genesis project, a movement that protected the islands of Georgia and was instrumental in establishing the Ossabaw Island Nature Preserve. After retirement from her teaching career, she refocused on her talent for writing poetry. She published a collection of her poems, Moving Gone Dancing, in 2007. Her works were selected for publication in many state and national literary journals. She enjoyed teaching techniques for writing poetry in local schools and in poetry writing workshops across Georgia. Her life will be celebrated at 12:00 p.m., November 13, at the Nacoochee Presbyterian Church. To share memories or condolences please leave a message at https://www.barrettfh.com. In lieu of flowers, contributions may be made to the Georgia Conservancy. https://www.georgiaconservancy.org

Rosemary Brown Mauldin, 78, of Bishop, GA passed away January 28, 2021. She was the daughter of the late Clarence & Annie Ruth Brown. Mrs. Mauldin was retired as a registered nurse working in home healthcare and as a hospice nurse. Mrs. Mauldin was preceded in death by a brother, Gerald Brown.

No services are announced at this time.